How my Collection came about... 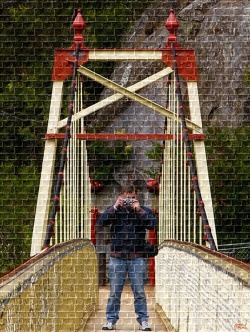 Hi, my name is Graeme and I live in Australia.  There are several aspects that have influenced this site.  Firstly, my family had an Iloca Rapid camera from around the mid 1950's onwards, and most of our early family memories were taken with this camera.

Secondly, I managed to get hold of that camera during the 1970's when it became faulty, giving me the opportunity to find out how a camera from the 1950's era worked.  My efforts to repair it were successful up to a point, and I was rewarded with a reasonable quality camera for my first real attempts at photography.

Thirdly, although the Rapid soon took second place to more advanced SLR equipment, I have had a long-time urge to put together a modest collection of photographic equipment.  But where to start, and what direction to take, given the vast amount of photographic equipment that was (and still is) available?  Initially, I wanted to go for one of the well-known and respected names, such as Leica, Voigtländer, Zeiss, Contax, Exakta, Praktica, Edixa, Kodak or Agfa.  However, after some initial mistakes as a new, but rather naive, collector, I started to rethink my approach.  While I wanted to pursue something that was unique, and with a certain level of intrigue, it still needed to be affordable.  It gradually occurred to me that I already had the makings of a collection in the form of that old Iloca Rapid, now stored away somewhere in the cupboard.  So I started to have a closer look at the Iloca range of cameras, and that's when I discovered, to my surprise, that the Iloca company had also been producers of stereo cameras. Other than View-Master, I wasn't even aware that stereo cameras had ever existed.  So, after a bit more research, my interest in this rather modest, yet fascinating, company was sealed.

I admit that there were times when I began to lose direction, and started to drift away from my original theme (and the well-known names of Leica, Voigtländer, Exakta etc started to entice once again).  Overall, though, I seem to have stuck to my direction fairly well.  I think the cost factor helped in this respect - you can buy quite a few Ilocas for the price of one Leica!

I have also made mistakes - sometimes funny, sometimes annoying.  For example, the stereo close-up lens set that arrived without any lenses - nice set of frames, though!

I do like to go out and take photos with these old cameras from time to time, so I try to keep a few of them in good working order.  I am not all that worried if they show a few signs of use, because I feel that the enjoyment of using them more than compensates for a few blemishes here and there.

I enjoy the challenge of looking for new items of equipment that fit into the collection - items that I did not even know existed.  There is always a sense of satisfaction when you discover something new or unusual.  It has also been a good way of learning about the 1950's from a new and rather unusual perpective, and fitting this new knowledge in with my former impressions of that era.

Above all, I have enjoyed assembling this collection, and documenting it in this site.