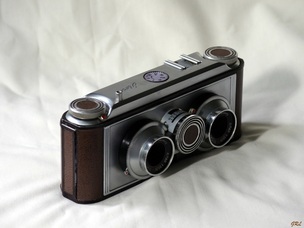 Iloca Stereo IIa
The Iloca Stereo IIa camera was manufactured from around 1954 onwards and is virtually identical in design to its older Iloca Stereo II sibling,  It did however undergo a cosmetic upgrade to bring it's appearance into line with the trends of the mid 1950's.

The most noticeable physical difference is the top plate, which was raised to the same height as the film advance and film rewind knobs.  This was definitely a cosmetic measure because in practice it makes winding and rewinding the film a bit more awkward, and it means that the accessory viewfinder attachment no longer sits flush between the advance and rewind knobs.  On this model, it now protrudes above the rest of camera requiring a slightly higher case to accommodate it.

Nonetheless, the updated appearance is quite pleasing and in every other respect the camera feels and performs just like the older model, which means it is solid and reliable.

A proven camera with plenty of accesseories 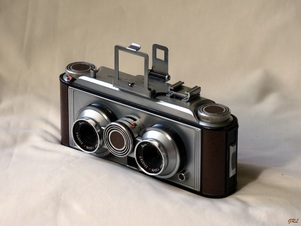 Otherwise the specification is as for the previous Iloca Stereo II model.  This model produces stereo pairs in the Realist (or 5p) format.  Lenses are a pair of 1:3.5 35mm Jlitars which can accept Series V accessories.

This model benefits from being able to use all of the accessories available for the Iloca Stereo II.  Production only lasted a year or so for the Iloca branded version before it was superseded by the substantially redesigned Iloca Stereo Rapid. However, the Stereo IIa continued for quite some time in the form of the Tower Stereo.

This camera is virtually identical in function and performance to the Iloca Stereo II.  Like the older model, it has a solid feel to it, and is easy to hold steady due to its width.  The results produced are quite good and it is an enjoyable camera to use.  There is also a good selection of accessories available - an inheritance from the previous model. 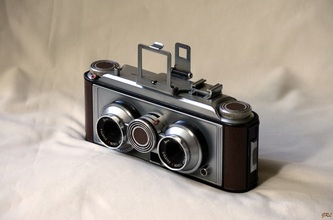 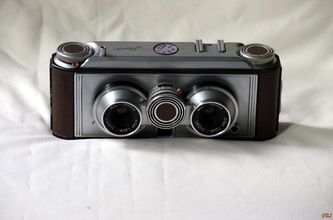 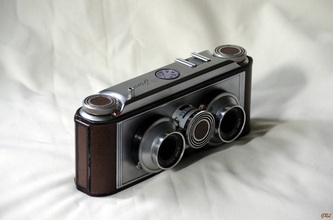 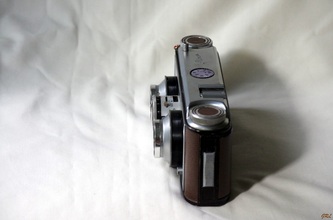 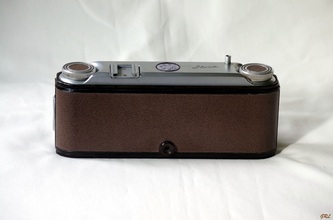 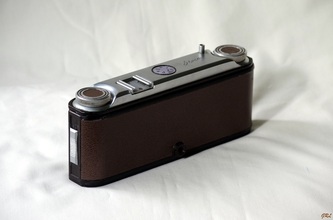 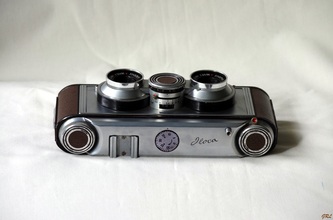 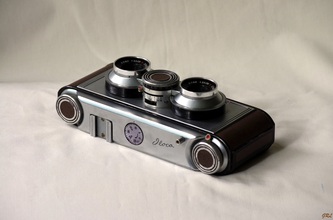 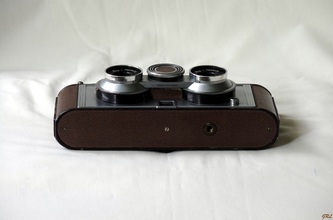 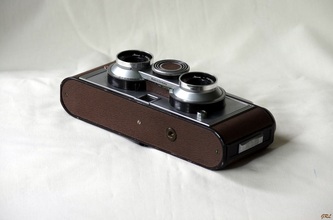 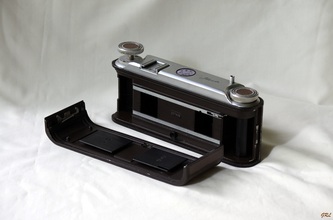 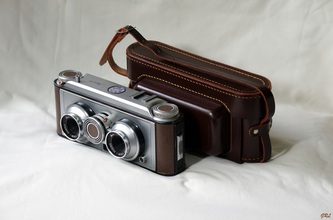