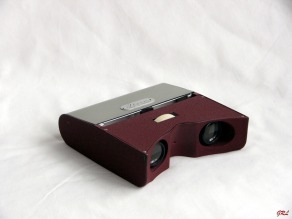 Iloca Stereo Viewer
The Iloca Stereo Viewer is a compact and well-made item from the early to mid 1950's, built almost entirely out of metal (the only parts not made of metal are the lenses and the grips for the focus and lens separation controls).

The lenses are achromatic with a shorter focal length than most other viewers.  This tends to give a more telephoto perspective when viewing slides.  That is, you appear to be closer to the subject and distances seem a bit more compressed.   In fact, you almost feel as if you are part of the scene with this viewer. 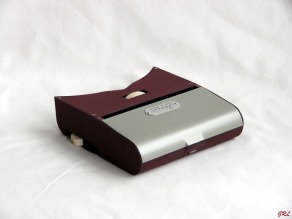 Iloca Stereo Viewer
The viewer uses 2 'C' type batteries which no doubt helps to achieve the compact dimensions.  The focussing arrangement is interesting.  The focus lever slides back and forth, and controls a pair of geared plates, each of which is connected to one of the lens housings.  As a result, the lenses simply slide back and forward on their runners until the desired setting is reached.  Interocular distances are set by rotating the wheel on the top of the viewer which in turn alters the separation between the lenses by means of connecting rods.

The reflector is unusual, but practical, and almost indestructable.  Unlike most viewers which have specially formed white plastic reflectors, this viewer has a metal reflector which is painted white.  If it gets dirty or discoloured, a fresh coat of white paint is all that is needed to bring it back to new condition.

This viewer operates nicely.  Slides are easy to insert and they sit comfortably in the slot.  It also has a clever arrangment for the internal lamp.  In order to switch the lamp on, you must have a slide in place, and the viewer must be lifted up from its resting surface before the lamp will light - a good way to extend battery life!

All in all, a very well-made viewer that is pleasant to use, and is just a little different from normal.

Gallery of the Iloca Stereo Viewer 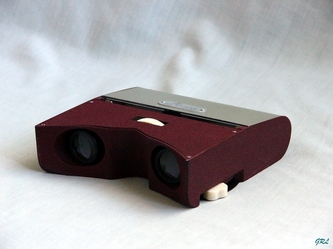 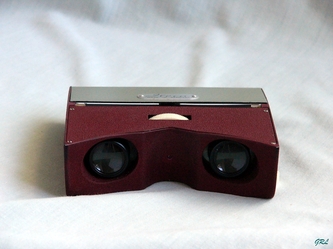 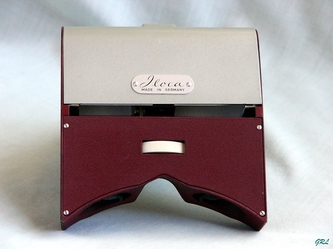 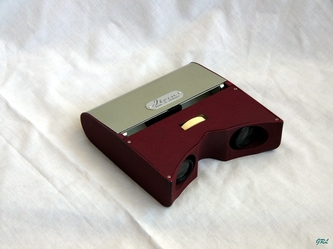 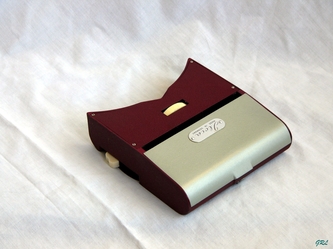 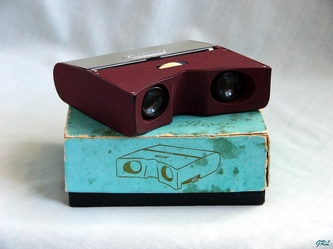 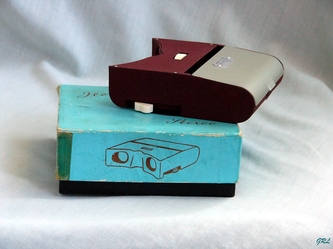 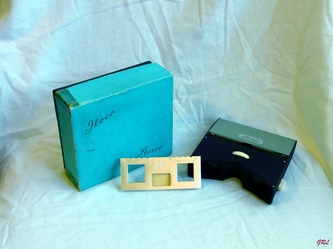 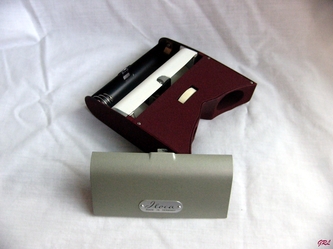 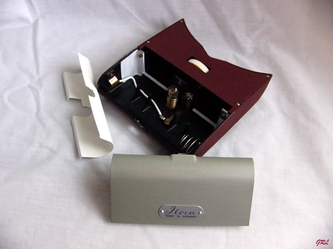 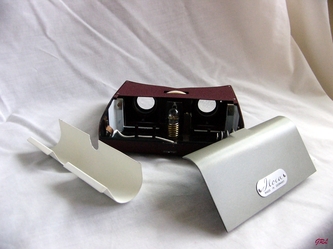 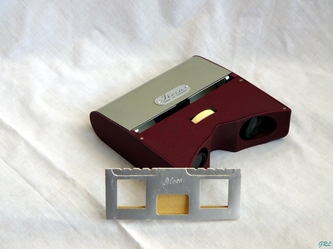