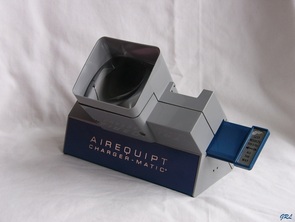 Airequipt Charger-Matic 35mm Slide Viewer
Although Iloca did make their own stereo slide viewer, they did not produce a viewer for non-stereo 2D photos.  However, there is a good selection of both 2D and 3D viewers available from a variety of manufacturers - especially for regular 2D 35mm slides.

In general, higher quality viewers have better lenses.  Higher quality stereo viewers are also more likely to have more advanced features such as achromatic lenses and interocular adjustment for the lens separation, contributing to a more a more pleasing image. 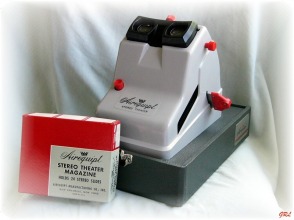 Airequipt Stereo Theater
The Airequipt Manufacturing Co Inc was one manufacturer that produced both 2D and 3D viewers.  This page contains examples of Airequipt viewers in both the 2D and 3D formats.  Both viewers can be powered by batteries, or by mains power via an adaptor.  A further option for the Stereo Theater is a power adaptor with an in-built rheostat for regulating the light intensity.

Each viewer can be loaded with group of slides for sequential viewing, and they both feature automated slide changing by means of a slide changing lever.  The Airequipt Stereo Theater uses dedicated slide magazines, each of which holds up to 24 stereo slides.  The 2D viewer has a built-in slide chamber which accepts around twenty 35mm slides at a time.  Although the Stereo Theater does not have achromatic lenses, the standard ground glass lenses are not all that bad, and they can be changed for after-market achromatic lenses  if desired.  Better quality viewers tend to offer a more enjoyable slide viewing experience, especially when viewing multiple slides in sequence.

There are plenty of slide viewers to choose from, ranging from simple 'one-slide-at-a-time' units, to much more sophisticated models.  You can choose models for 2D or 3D viewing, models that operate using natural light, battery power or mains power, and models offering a choice of single slide or automated slide transport mechanisms for multiple slides.  And you can invest in a viewer with very high quality lenses if you wish to enrich your viewing experience even further.

Gallery of Various Slide Viewers, both Stereo and Non Stereo 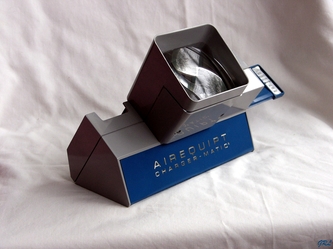 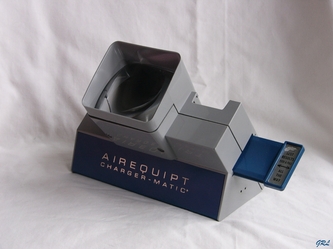 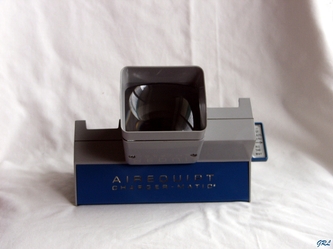 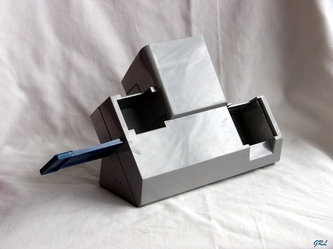 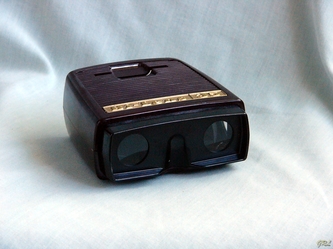 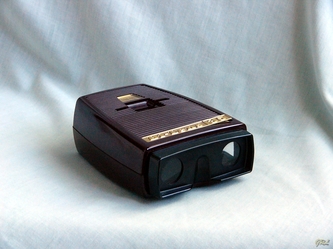 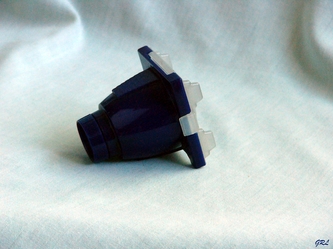 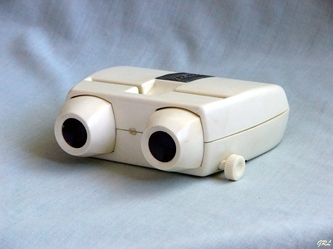 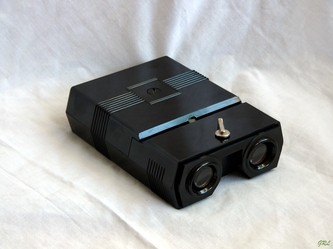 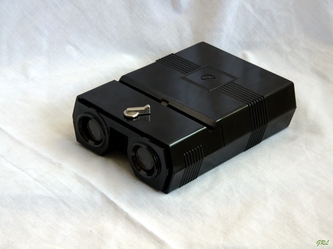 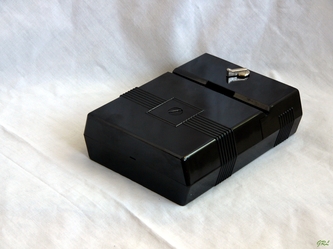 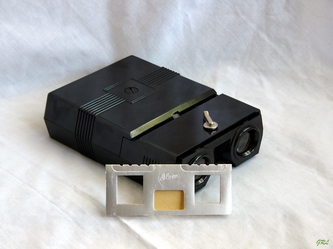 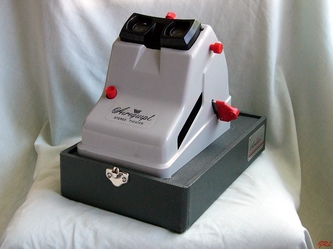 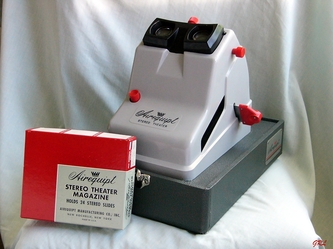 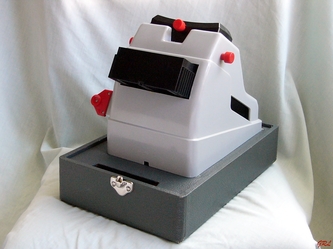 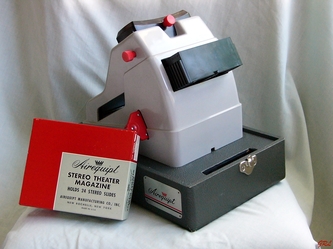 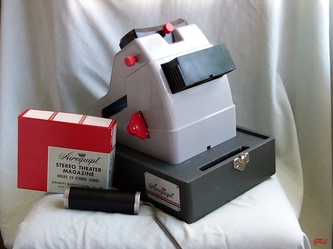 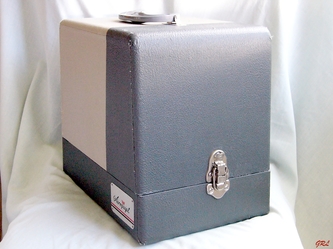