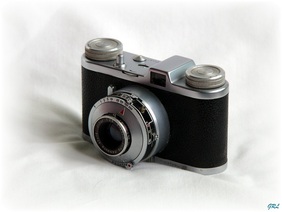 Iloca Ia
The Iloca Ia was introduced in the early 1950's, and is an updated version of the Iloca I.  It is a fairly simple and straightforward camera to use, except perhaps for the rather awkward film loading and film transport mechanism. The overall quality of components, such as the lens and shutter assemblies, is quite reasonable for this class of camera. The Iloca Ia is virtually identical to the Iloca IIa, except that the Iloca Ia does not have a built-in rangefinder.

The Iloca Ia offers some useful improvements over its predecessor, the main difference being the relocation of the shutter release button to the camera body.  This change does away with at least one step in the film advance sequence - you no longer have to depress the film wind knob in order to advance the film frame counter.  The later model also provides protection against unintentional double-exposures. The Prontor shutter versions offer an upgraded delayed action setting and an X flash synch setting, and this model was offered with a faster F2.9 45mm lens.  There is also a version stamped "MADE FOR NAVY SERVICE".  Some Iloca Ia models have a removable depth of field table on the camera back - handy if the film becomes jammed inside the camera.

The Iloca Ia remains fairly orthodox in specification with either Prontor–S, Prontor-SV or Vario shutters, and a Jlitar 45mm lens.  Film transport and rewind knobs are located on the top plate, along with the film frame counter, the rewind lock, and the relocated shutter release button.  Other controls are located on the shutter housing itself.

The film loading procedure is a bit tricky with this camera and it is critical that the film is correctly located on the 'out-of-sight' sprockets.  If loaded incorrectly, then the film may jam or tear, or may cause problematic film advance at the very least - not good news for any photographer, and probably a factor for the relatively short production period for these early models.

However, with some care, you should be able to load and shoot a full roll without problems. In other respects, the camera's compact, slender one-piece body housing is quite comfortable to hold and use.

The early series cameras had a relatively short production lifespan before the introduction of new models with removable camera backs and completely redesigned film loading and film transport mechanisms.

Some tips for loading film into this model camera:  Slide the catch to the 'o' position, then remove the base plate.  Using a pair of scissors, extend the cutout area on the leading part of the film to about 10 cm.  Remove the film take-up spool and feed the end of the film into the slot in the spool.  Next, insert the film canister and take-up spool, together with the film, into their respective housings in the camera, ensuring that all components are correctly positioned in order to avoid problems when advancing the film.  The film, film canister and take-up spool should be inserted completely into the camera leaving no portion protruding, and there should not be any excess pressure on the base plate.  Replace the base plate and close the catch.

An updated version of Iloca's entry model into the camera market, this camera offers several improvements over its predecessor. It is a relatively simple, compact design, but the film loading and film transport mechanism can be a bit awkward.  Provided the film is loaded correctly, the camera is capable of producing quite acceptable results under favourable conditions. 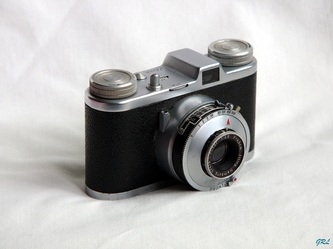 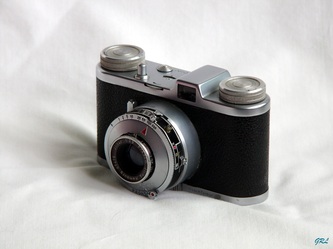 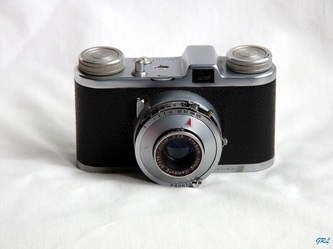 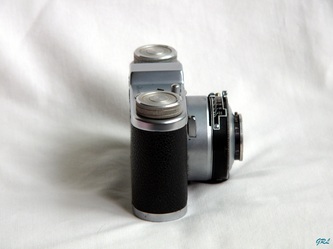 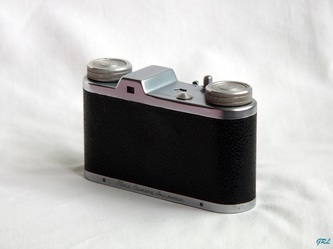 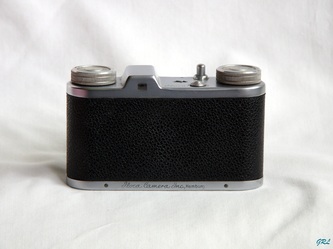 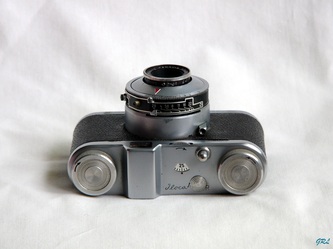 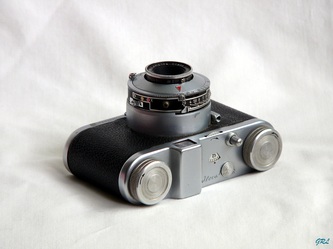 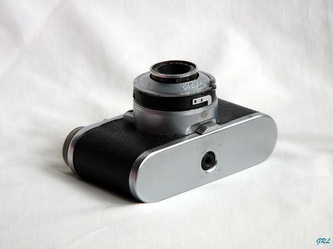 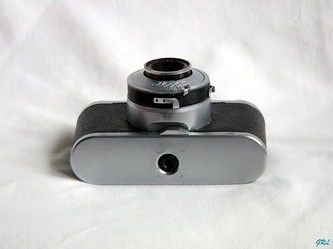 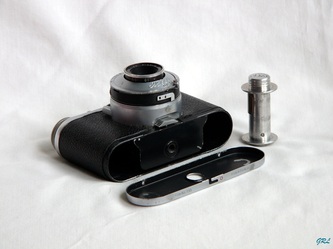 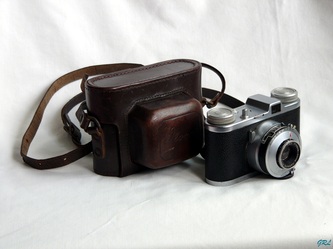