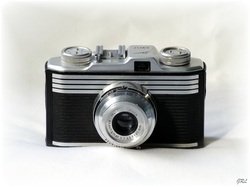 Iloca Quick
The Iloca Quick Series of cameras was introduced around 1952.  These cameras offered buyers a compact and capable camera for its day, which was straightforward to operate.  There were several different Quick models, and plenty of different versions of each model.  However they all had one thing in common - every Quick model had film advance and rewind knobs on the top plate, as opposed to the 'rapid' advance lever found on the Rapid models.  Beyond that, some had shutter buttons on the lens while others had the shutter button on the top plate (as is the case with the Iloca Quick shown).  Some (but not all) sported an accessory shoe located in various positions on the top plate.  Quick models were also available with a variety of lens and shutter configurations.

Several improvements came about with the introduction of the Quick range, notably removable backs and a new film transport mechanism.  This greatly improved ease of loading the film and provided a more reliable film advance mechanism when compared with the earlier Iloca I / Ia and II / IIa models.

The Quick range continued for quite some time, despite the introduction of the Rapid models.  Although some of the Quick models are similar to their Rapid siblings, most Quicks were devoid of at least a few of the more advanced features found on the Rapid models.  There was usually no delayed action (self-timer) device,  and although Quick cameras did have a PC Flash contact, it came without a choice of flash settings.  Quick models usually came with a Jlitar F3.5 lens or similar (a slightly lower spec than Rapid models which often featured Steinheil Cassar F2.8 lenses).  There seems to be plenty of variety within the Quick range, and it's not surprising to find Quick cameras that appear to be the same as each other, actually having slightly different specifications to each other.

Functionally, the Iloca Quick is quite a compact camera with a nice, robust and uncluttered feel about it.  This particular model Quick has no metering and no rangefinder, although the later Quick–B versions did incorporate an in-built rangefinder.  Athough this camera's specification is fairly conventional, to my mind the it has an attractive appearance which somehow seems to capture the essence of the 1950's perfectly.  While it is no Leica or Voigtländer, I'm sure that it more than satisfied the needs of many people over the years.

One tip for opening the back on these cameras - pull the rewind knob upwards to its full extension. Then twist slowly clockwise and the springloaded mechanism should release the back. When replacing the back on earlier models, make sure the red dots on the camera back and the camera body are aligned.

A neat little 35mm camera with iconic 1950's appearance.  a relatively simple camera but with a robust and well-built feel, and reliable peerformance.  This camera is capable of producing quite acceptable results given the right conditions. 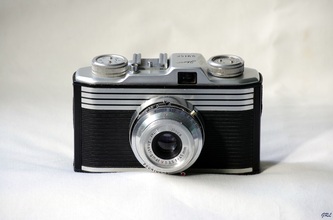 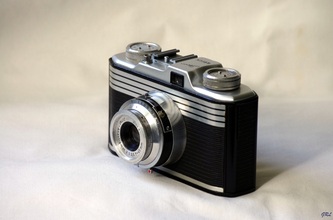 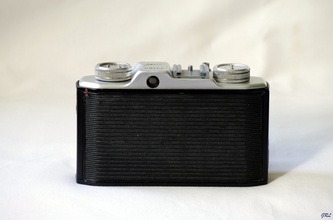 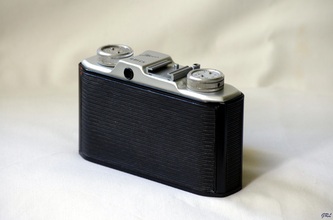 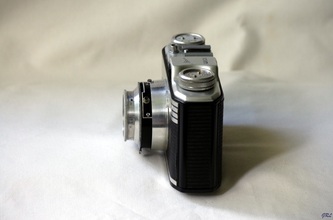 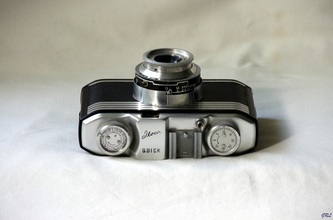 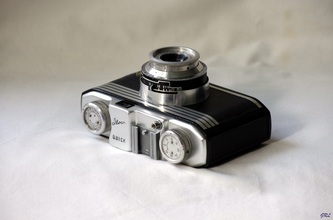 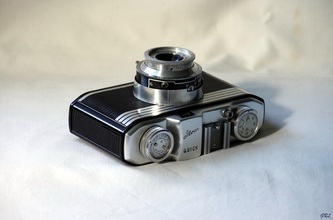 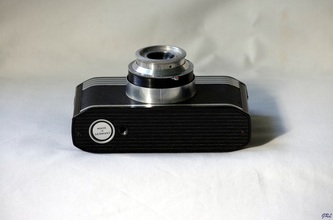 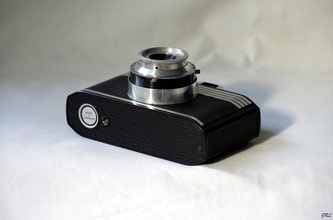 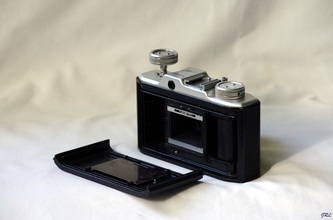 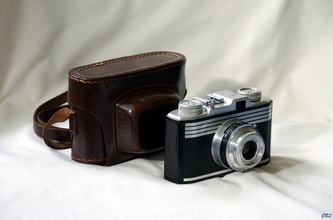