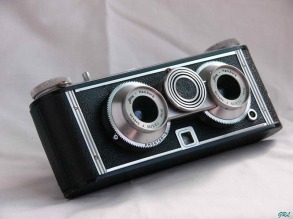 Iloca Stereo II
The Iloca Stereo II camera was manufactured circa 1951 to 1953.  This model produces stereo pairs in the Realist (or 5p) format, as opposed to earlier models that used the European (or 7p) format.  Lenses are a pair of 1:3.5 35mm Jlitars which can accept Series V accessories.

This model represented a significant change from its predecessors.  Firstly, the shift to the Realist (or 5p) format signified a new direction by the company for its stereo models, presumably in response to the growing popularity of the Realist format at that time.  Hence, production of the new model continued alongside the older 7p format stereo cameras for a time, given that the new model did not actually supersede the old one.  Secondly, the company seems to have responded swiftly to complaints about the film loading and film transport design on the earlier models.

The Iloca Stereo II offers several improvements over earlier models.  The film loading and film transport mechanism, with removable back, is simpler and more reliable, the bottom mounted viewfinder is very practical, the shutter button incorporating the cable release thread is better located on the top plate, and the accessory shoe on the Iloca Stereo II is a plus.  And while on the subject of accessories, there is quite a good range of accessories available for this model.

A robust and well-built Camera ... 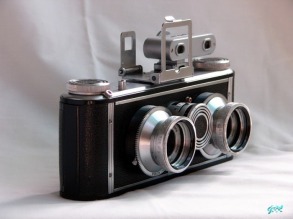 Iloca Stereo II
The camera is well built and quite robust, weighing a fairly hefty 0.8 kg (1 3/4 lbs) for the basic camera, and around 1.1 kg (2 1/2 lbs) with accessories, film and leather case.  With that amount of bulk, plus the wide body, it's an easy camera to hold steady, which contributes to sharper photos.

The film advance knob, the rewind knob and the shutter tensioning lever are located on the top panel.  The camera is designed to prevents accidental double exposures - so unless the film has been wound on, you can't depress the shutter button.  You can, however, take deliberate multiple exposures by triggering a small lever on the top of the right hand lens assembly when the shutter has been tensioned, but without advancing the film.

The Iloca handles quite well.  The two-step procedure of winding on the film and setting the shutter tension (it doesn't matter in which order you do them) is not all that arduous once you get used to it.  If you forget to do one or the other (or both), you can't release the shutter.  So you soon learn fairly quickly (the later Iloca Stereo Rapid with its single-action lever simplifies things even further).   All of the controls operate with a nice solid quality feel, and the shutter fires with a crisp, solid sound, making the camera pleasant to use.  It has an unbreakable feel about it.

... with some nice features 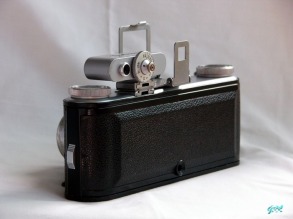 Iloca Stereo II
The Iloca Stereo II comes with some useful features for a camera of its age.  A Prontor–S shutter provides shutter speeds from 1 to 1/300 sec and apertures from f3.5 to 16.  This provides a good range of exposures with 100 ASA film - from bright outdoor conditions through to night exposures using the B setting.  In addition there is a 10 sec self timer, threaded shutter button which will accept a cable release, and a PC flash connection that can trigger modern flash units.  Focussing from 3 feet (1 metre) to ∞ completes the picture.

All of the main controls (shutter, aperture and focus) are conveniently placed on the front of the camera, and are coupled to the right and left hand sides for synchronised operation.  Strangely, there is no depth of field scale on this camera, a useful aid that could easily have been incorporated into the existing design.  However, there is a depth of field table inside the lid of the camera's case.

The built-in viewfinder reduces the image size considerably.  However, the optional Iloca-Pentax viewfinder accessory, with built-in spirit level, is a big plus on this model (even though it covers most the film frame counter, making it awkward to reset the counter).  It certainly assists with accurate composition, especially for subjects that are centrally placed.

This camera has a very solid feel to it, and is easy to hold steady due to its width.  The results are quite good for this type of camera, especially when viewing the slides through a good quality stereo viewer.  The effort that went into redesigning this model paid off for Iloca, resulting in a reliable and capable camera, and one that is enjoyable to use.  There was also a good selection of accessories produced for this model. 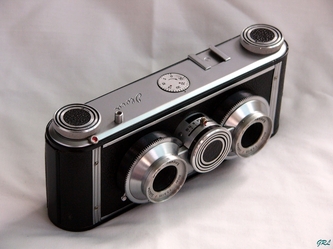 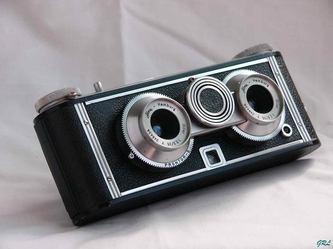 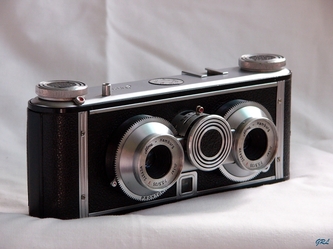 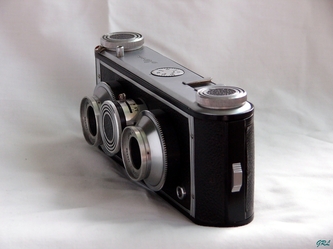 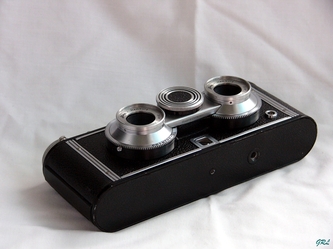 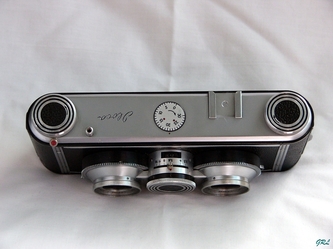 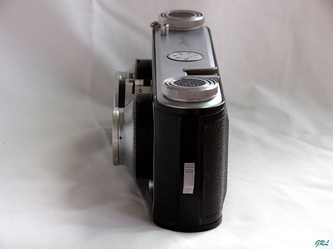 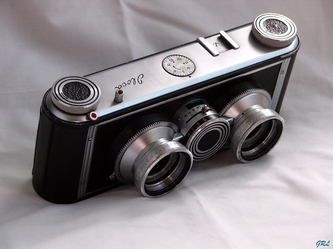 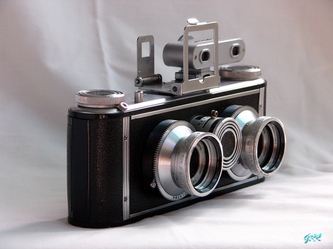 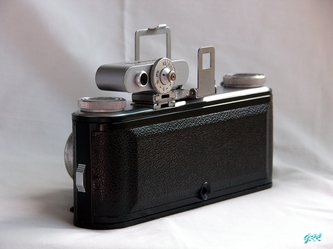 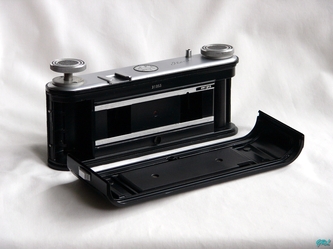 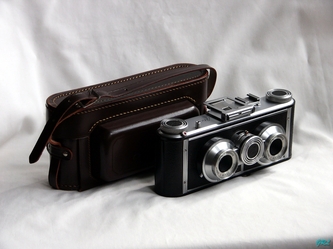